The May Queen gold project lies within the Brovinia goldfield in Queensland. This goldfield is located in the northern part of the Surat Basin with the tenement mostly covered by Early to Late Jurassic sediments that unconformably overlay outcropping Late Devonian – Mississippian volcanoclastic sedimentary rocks hosting the May Queen gold mineralisation.

Mt Clermont gold project lies within the Anakie Province of the Drummond Basin which is composed of a sequence of Devonian to Carboniferous volcanics and sediments in Central Queensland, approximately 60 km by road north-west of the town at Emerald.

The Fairview gold project lies within the Pilbara Granite-Greenstone Complex which covers an area of approximately 60,000 km2 in the northwest of Western Australia. The exploration target is structures similar to the Mt Clement deposit less than 5 km to the south-east. The project is around 30 km northwest of Northern Star Limited’s (ASX:NST) Paulsens Gold Mine. 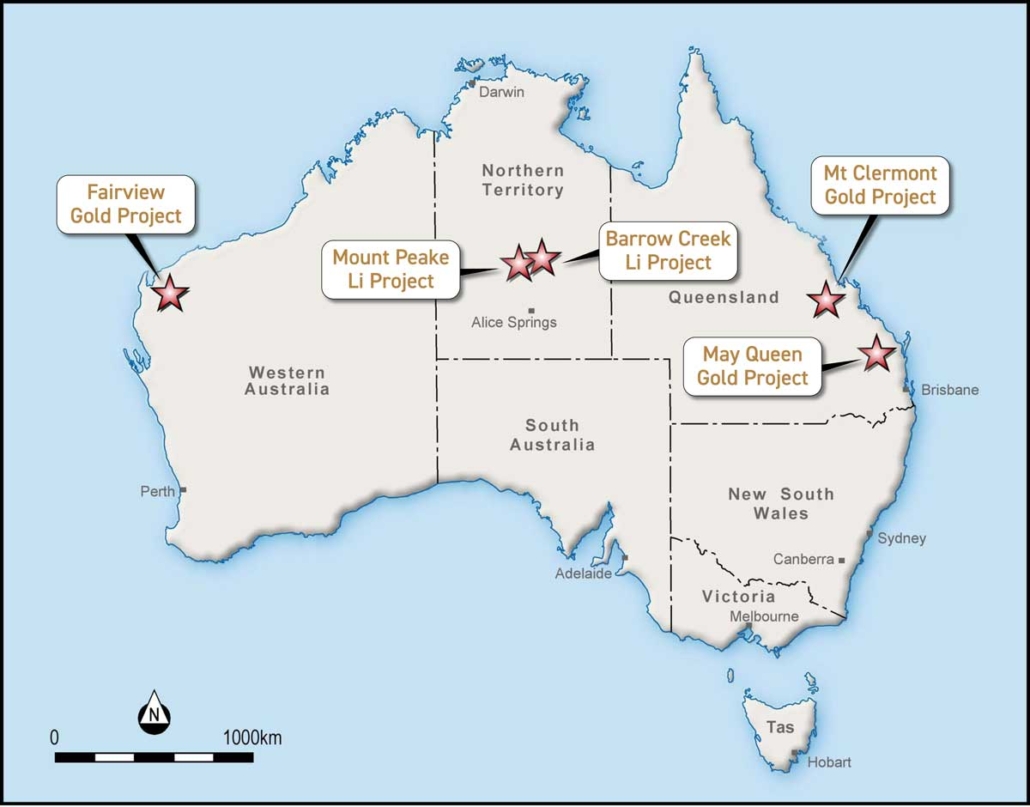